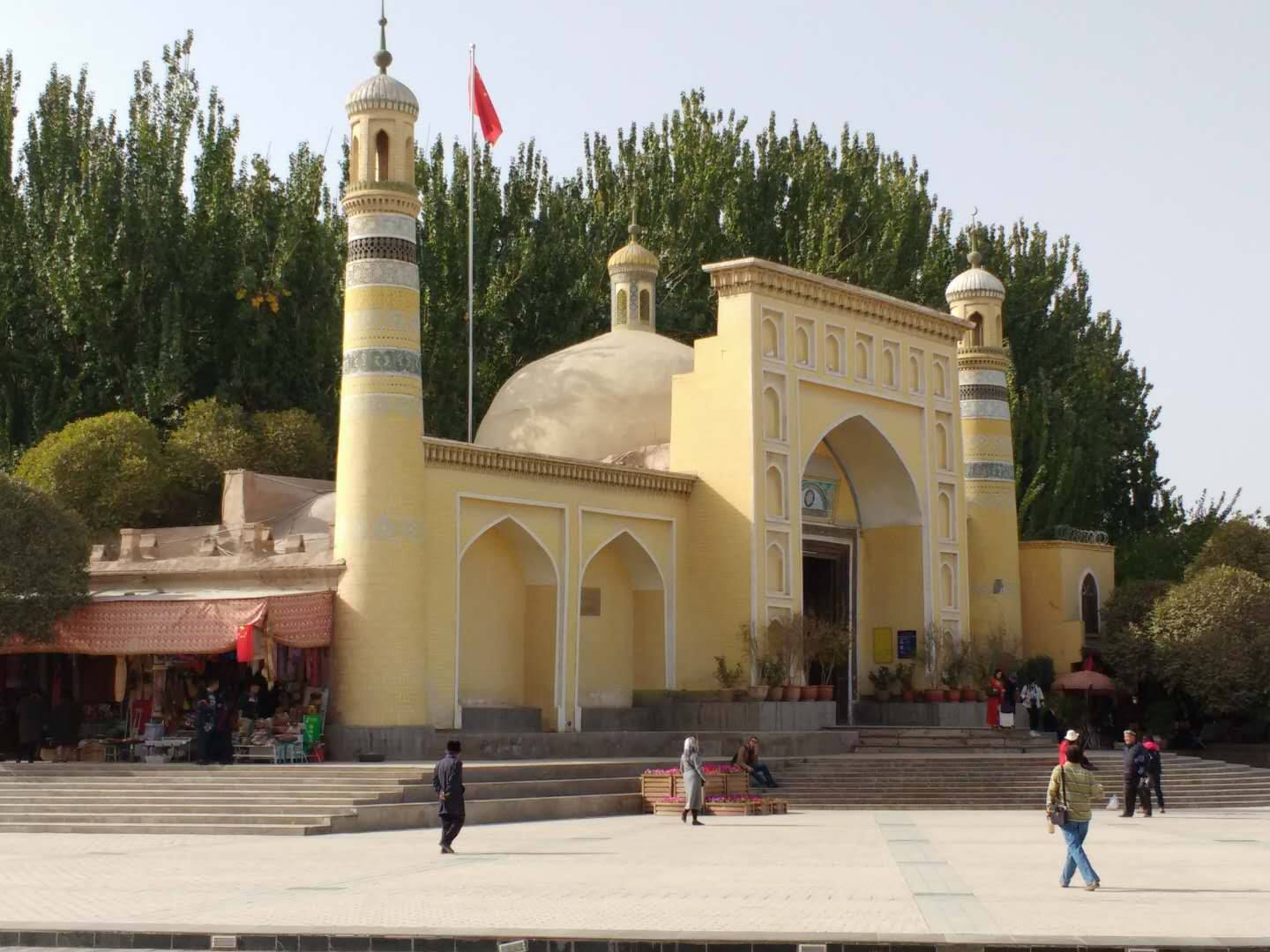 Two hours on the tarmac in Shanghai for the connecting flight to Xi’an found some tired Kiwis ready for bed. Well recovered next day, the travel to Huashan included a compulsory stop at the terracotta warriors, for most the first time to visit here.

On a perfect cool but clear day, more than half the party walked all or some of the peaks of Huashan. Certainly a magnificent dramatic collection of peaks, cliffs and never-ending steps, to be paid for over the next several days with some stiff calf and thigh muscles. A very strong representation of the strong Kiwi spirit from some young-at-heart but ageing walkers!

The five hour flight westtook us over some very dramatic landscapes, in mainly clear skies. Below, we passed the Qilian mountains and the Hexi corridor, the Tarim basin and Taklamakan desert, and in the far south west, the Karakoram mountain range loomed large and white before landing at Kashgar.

Immediately in a different place, the hotel was near the square, the mosque, and lanes of smallholder stalls including local crafts. With a full day to explore, we discovered the antiquity of this city through mainly Islamic and commercial activity over the centuries. But, to our chagrin, the livestock market was closed this Sunday and the next “for maintenance” . The opening of the 5 year meeting in Beijing fell between these two Sundays. Security in the city was also very high. Could there have been a link to discourage gatherings of people at the market? 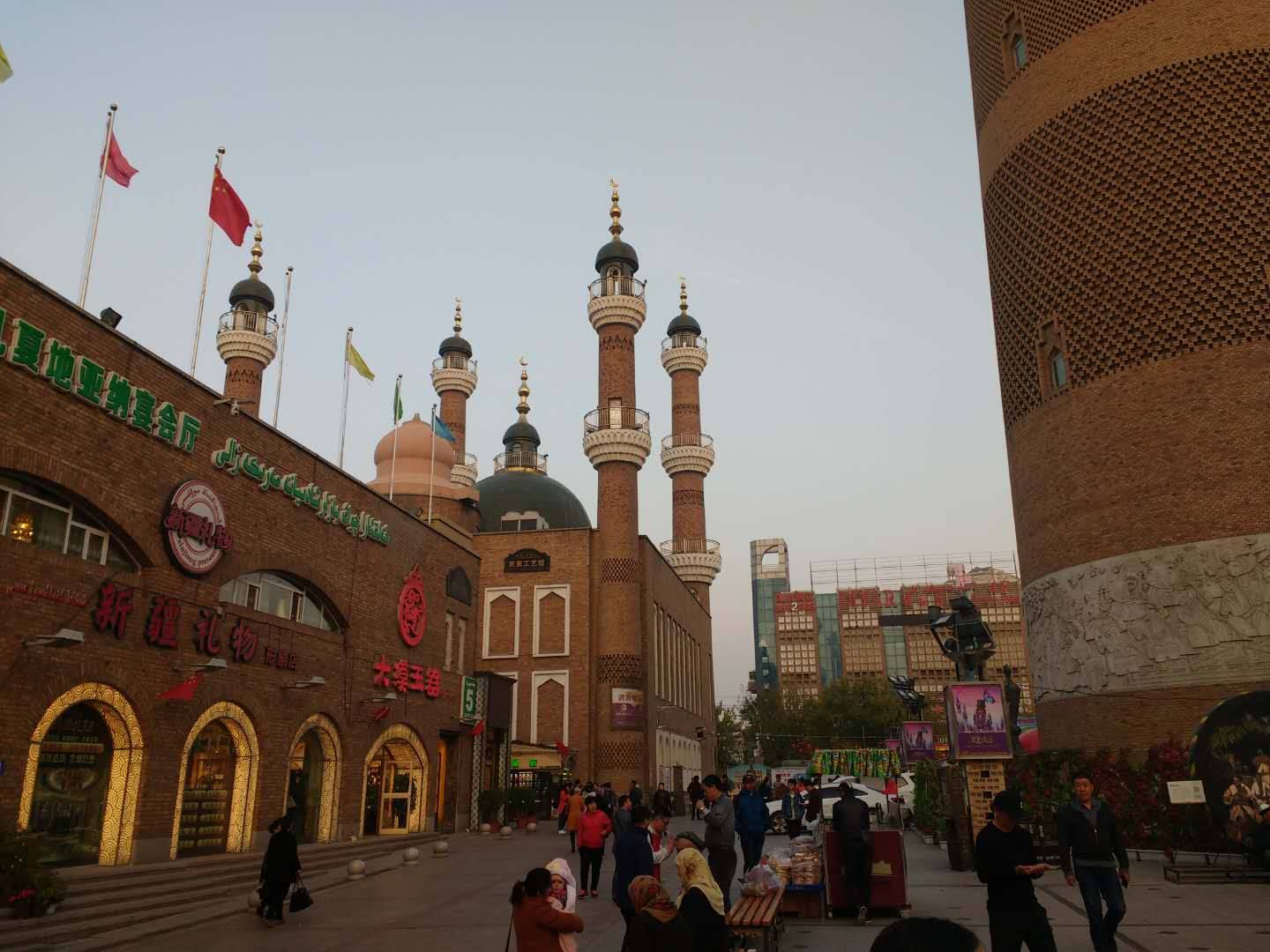 Several days of long travel through desert landscapes, with occasional patches of intensive agriculture around the Yarkland river, and some oases. We went south through Hotan, then east through Niya. The biggest day was 670 km, north again across the Taklamakan desert to Kuqa and Korla, Turpan to Urumqi. A big distraction that became vexatious was the regular security checks, which sometimes required one hour to pass through. The spirit stayed strong, if frustrated, and we sympathised with the local people.

Ancient cities; vast desert and semi-desert that had to be experienced to be appreciated; the incredible Karez irrigation system that had been built over 2000 year ago linking snow melt to the cities and fields with a network of over 5000 kilometres of underground channel; and the occasional new city developments, designed to rehouse hundreds of thousands of people in the harsh environment made possible by the building of a new irrigation infrastructure all stand out.

Mutton kebabs, pilaf, bread and noodles were the staple by day on the road. Some Chinese restaurants filled in the need for some vegetable dishes at night. Dates, raisins, almonds and nuts were daytime snacks. 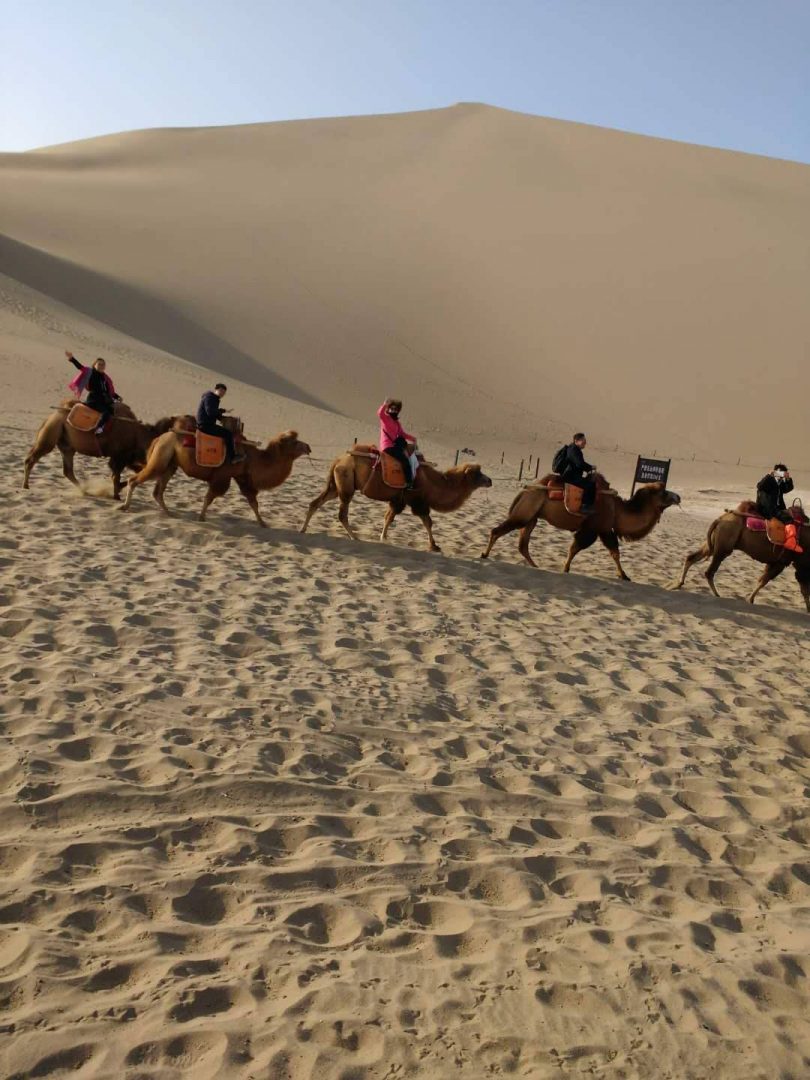 Then to Dunhuang, the Mogao grottoes and camel rides, to Zhangye and the Danxia geological park. Arriving in Shandan for most it was the first introduction to the legacy of Rewi Alley, his collection of artefacts, and NZCFS connection to Shandan Bailie School, represented by Michelle, our current teacher there.

In Lanzhou, the opening of the Rewi Alley Memorial Hall was coordinated with our arrival. Joined by two representatives from the NZ Embassy in Beijing, this occasion showed the significance of NZ in general, and NZCFS in particular. I had the honour of drawing the curtain from the plaque alongside LCU President.

The NZers were impressed with the very high degree of respect that Rewi Alley received, even 30 years since his passing. Tour member Adrian Macey will record his impressions of this separately.

After three weeks of hard travel together, we finished in Shanghai. It was a delight to spend time together with the tour group. We were very pleased to enjoy the company and services of Wang Fang.